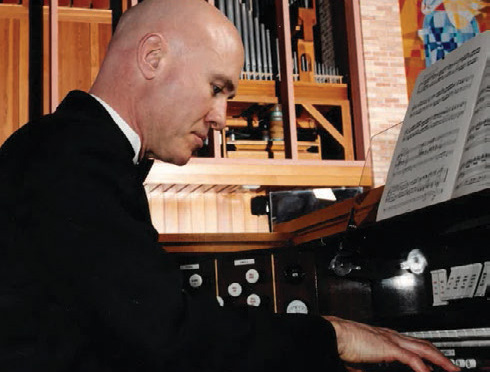 *Please note: this concert is not included in the Season Subscription
Tickets through the TIX on the Square, Eventbrite, and at the door
$40 Adult  |  $30 Senior [60+] & Student

British-born Jeremy Spurgeon won scholarships to study organ and piano accompaniment at the Royal Northern College of Music, Manchester. He later studied organ at the Geneva Conservatoire where he gained the Premier Prix de la Classe de Virtuosité. In 1980, he came to Edmonton as director of music at All Saints’ Anglican Cathedral and has since appeared with many Canadian and international ensembles, singers and instrumentalists. His teachers include Eileen Sullivan, Eric Pask, Dame Gillian Weir and Lionel Rogg. He has performed in Canada, Britain, Italy, Switzerland and Poland. In 2018, Jeremy Spurgeon was honoured by the University of Alberta with an Honorary Doctor of Letters degree.

**Please read the tips from the Winspear Centre on how to access the facility and park during this time of construction. View more info regarding drop-off zones, sidewalk closures [PDF].

To make a tax-deductible donation, please download and complete the donation form and send to:
TIX on the Square
9930 102 Avenue
Edmonton, AB T5J 5H7

You can also donate online through CanadaHelps.org